I wrote this feature article in the spring of 1976, during my tenure as a Research Fellow in Anthropology at the University of Minnesota, when the academic controversy surrounding the publication of Edward O. Wilson's landmark work, Sociobiology: The New Synthesis, had erupted into national consciousness. It was published as the cover story for  the November, 1976 issue of Human Behavior. 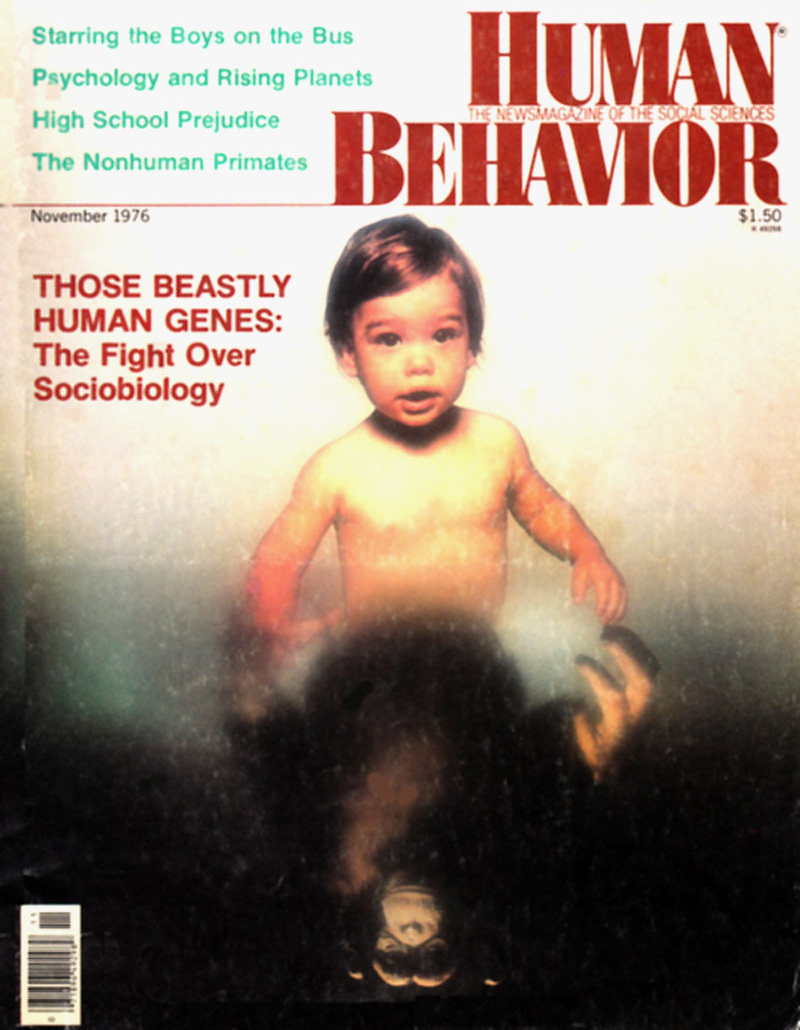 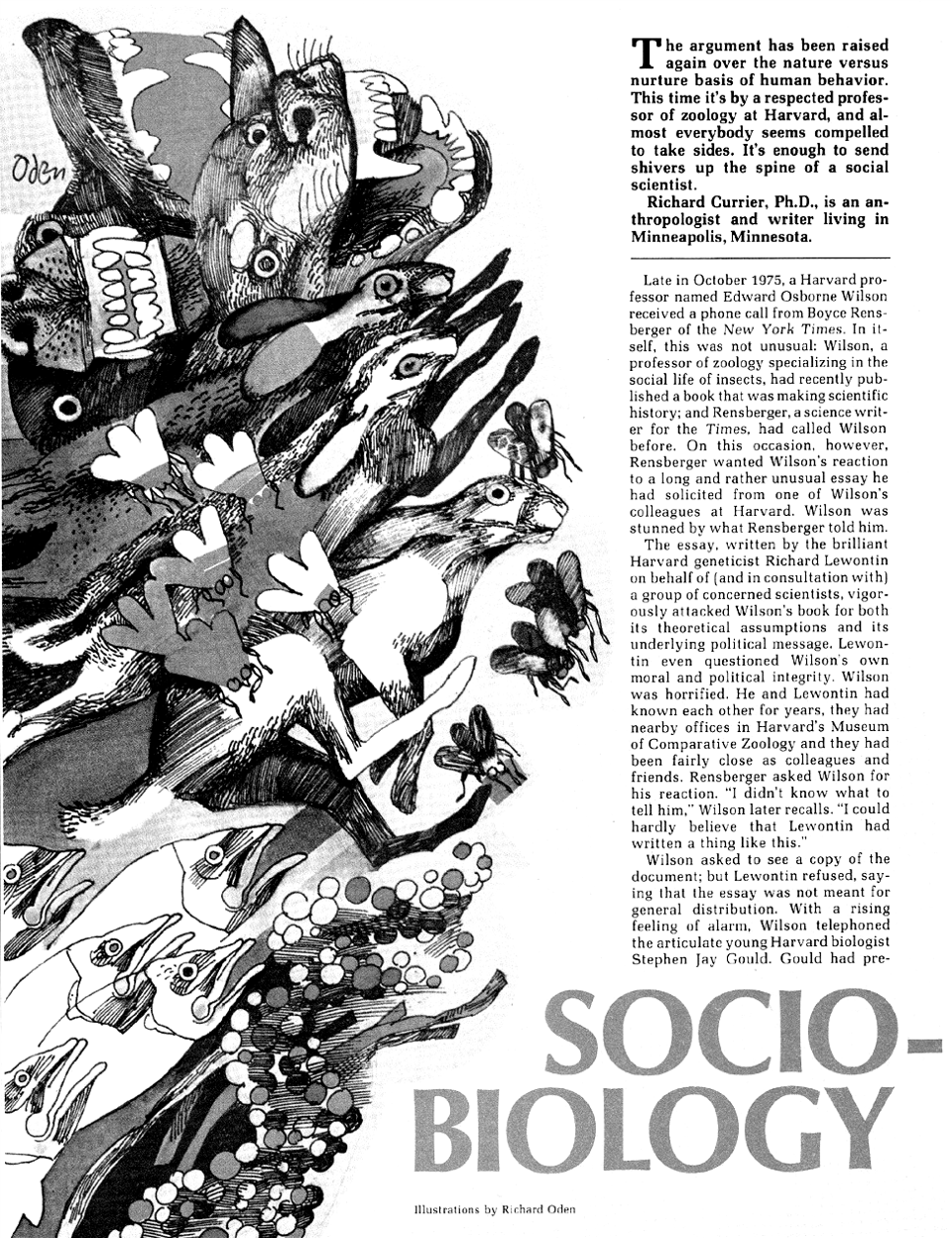 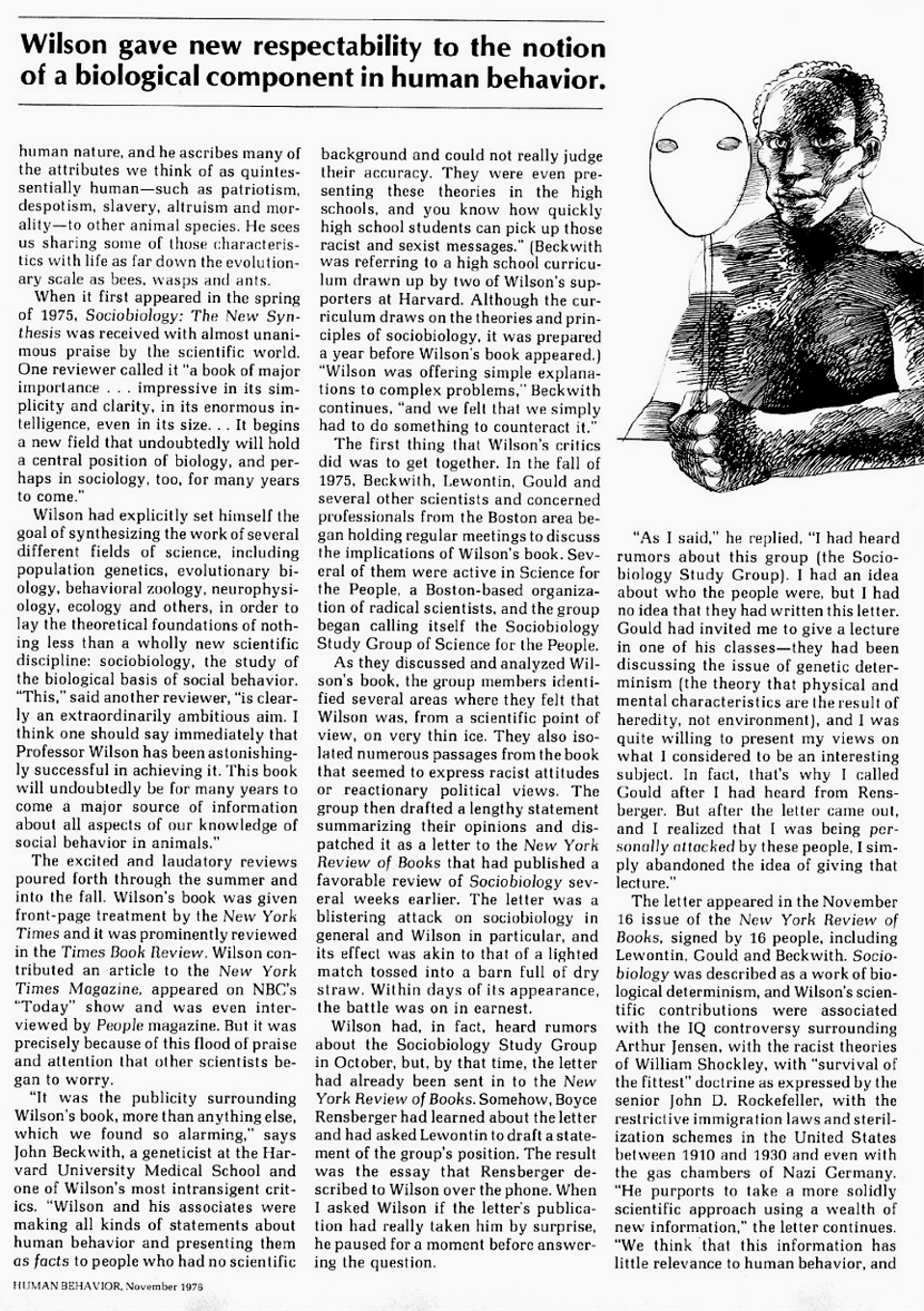 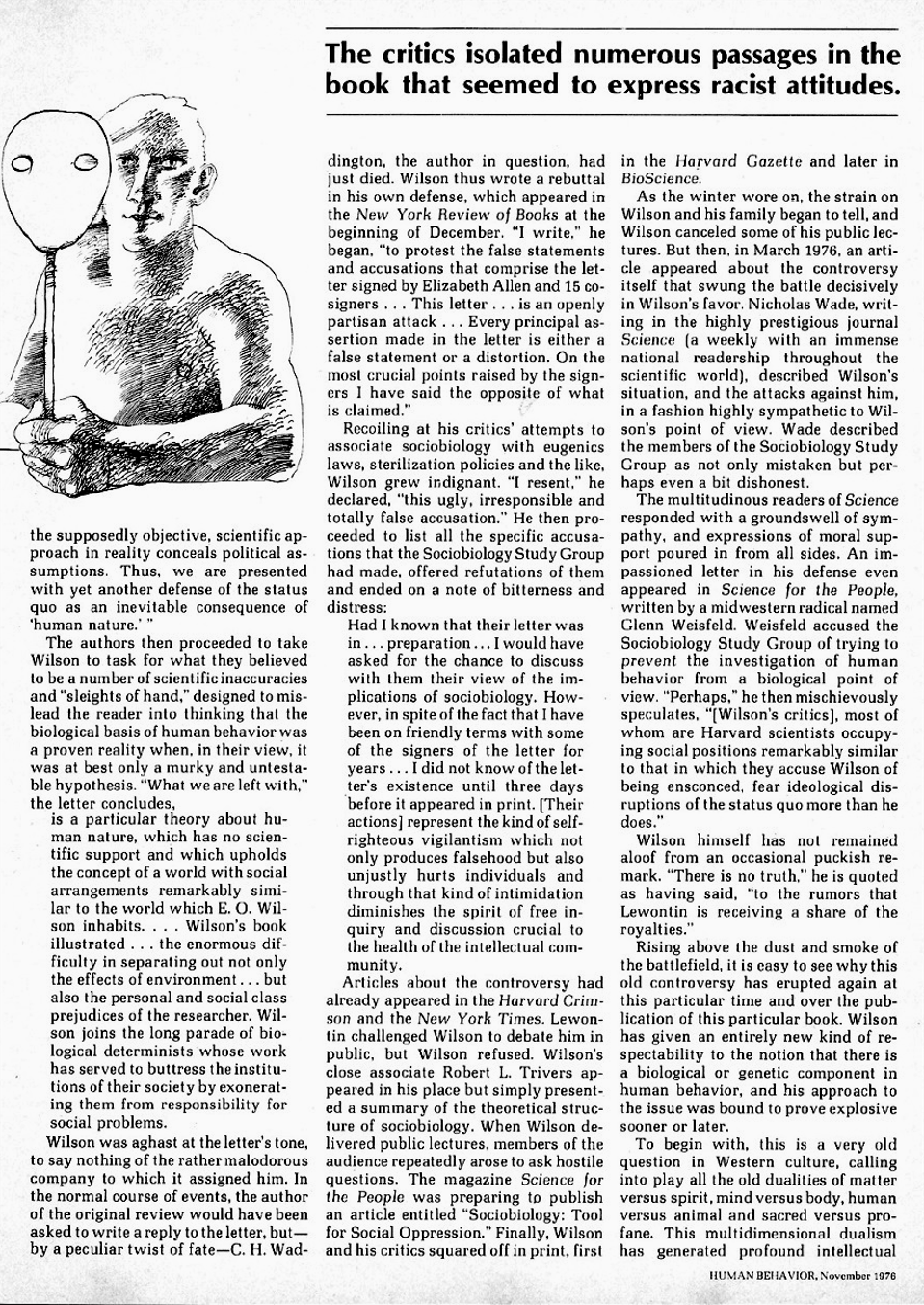 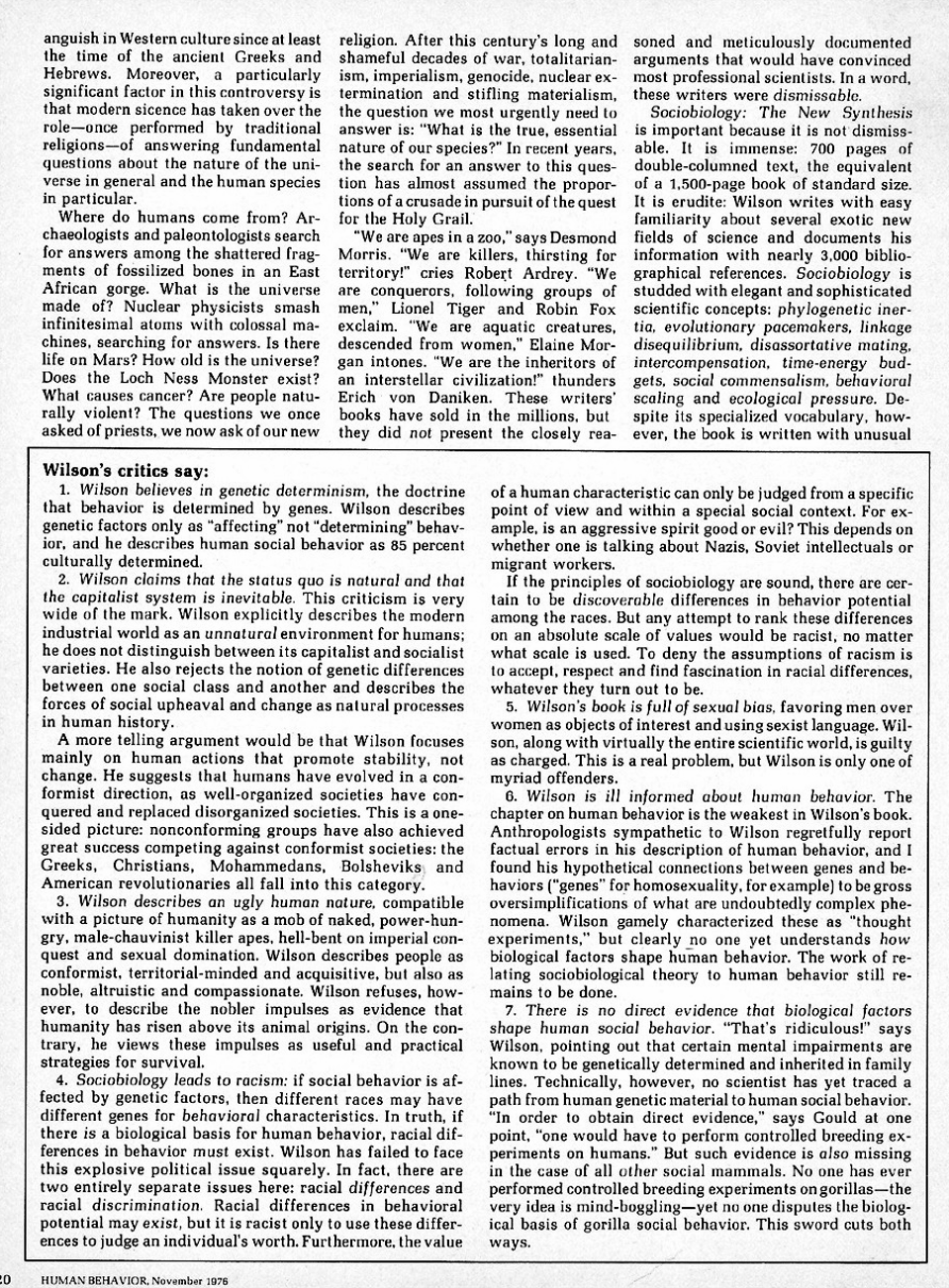 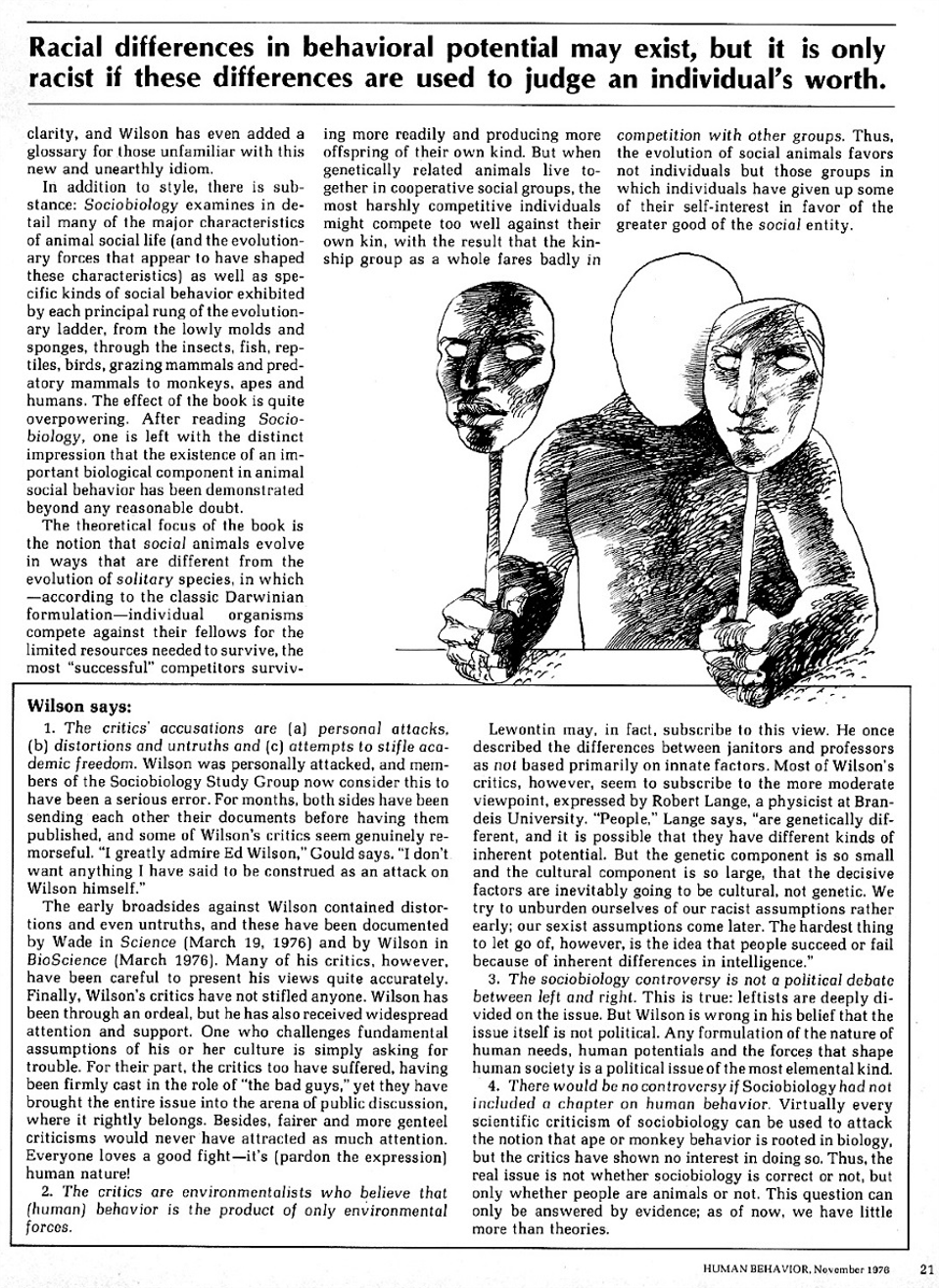 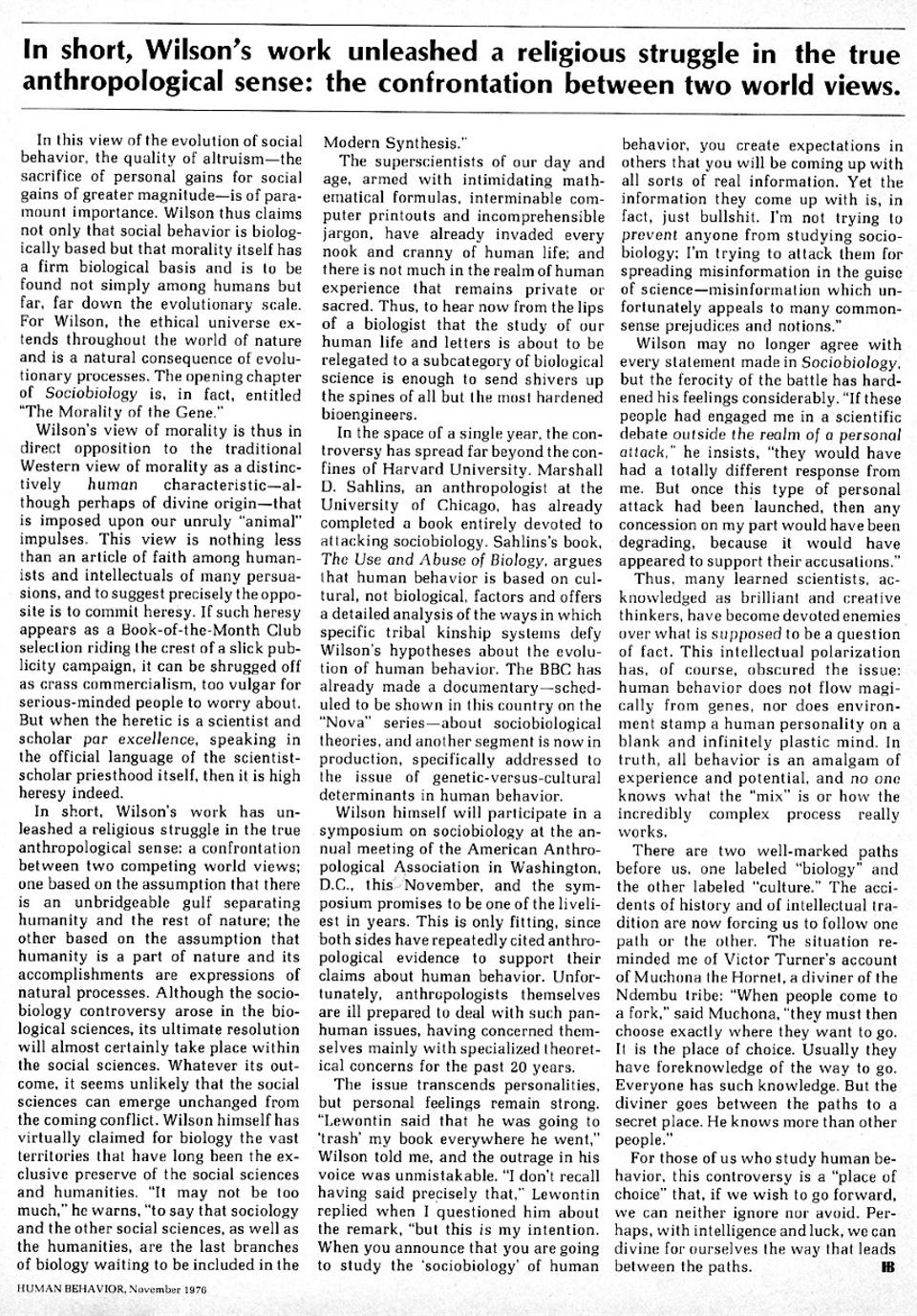